At Bonney’s we actively support the following industry associations. Calven was a founding member of the Road Transport Association in 1992, and has been a Board Member at National Road Carriers since 1974.

Recognised for his contributions to transport in 2018 Calven believes in driving change within the heavy transport industry to serve the greater good.

Calven got involved in motorsport 50 years ago during his apprenticeship at Mayo & Sons when he got to crew for Jack Brabham, Denny Hulme, Kevin Bartlett, Frank Gardner and Max Stewart.

He went on to drive John Cann’s sprint car at Western Springs in the ‘70s. Staying there through the ‘80s racing TQ’s and midgets he developed a crowd-pleasing style and love for the reverse grid.

In 1984 when Calven and wife Ann bought the family transport business Calven stepped away from racing. In 1989 Trevor Woolston and Calven brought Truck Racing to our shores. Taking a 1974 International Paystar off the road to race. He then went on to drive Denny Hulme’s Scania owned by Don Wright and McGinty’s Kenworth.

In 2005 Calven finished a custom built 2002 Monaro, with a 7 litre rodec and a six speed Hollinger. Racing in the SuperGT series the car flew and held the lap record at Pukekohe in 2007 – equalling supercar times on the day. For a few seasons Calven raced the truck and Monaro at the same meetings.

The opportunity to race Neil McCudden’s Formula 2 at Phillip Island got Calven hooked on open wheelers and in 2009 he purchased the Begg 018 F5000, restored it and was ready to race in the 2010 season.

He last raced the Begg in the 2016-17 Tasman Revival Series before selling it to Scott O’Donnell. In 2016 he raced with Steve Doughty in his Holden NZV8 in the Mahindra 3-hour Endurance Series. 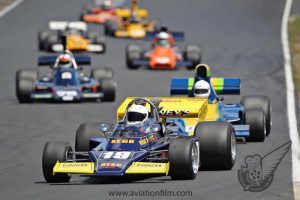 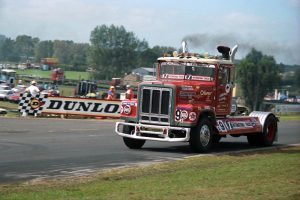 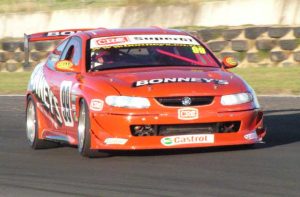